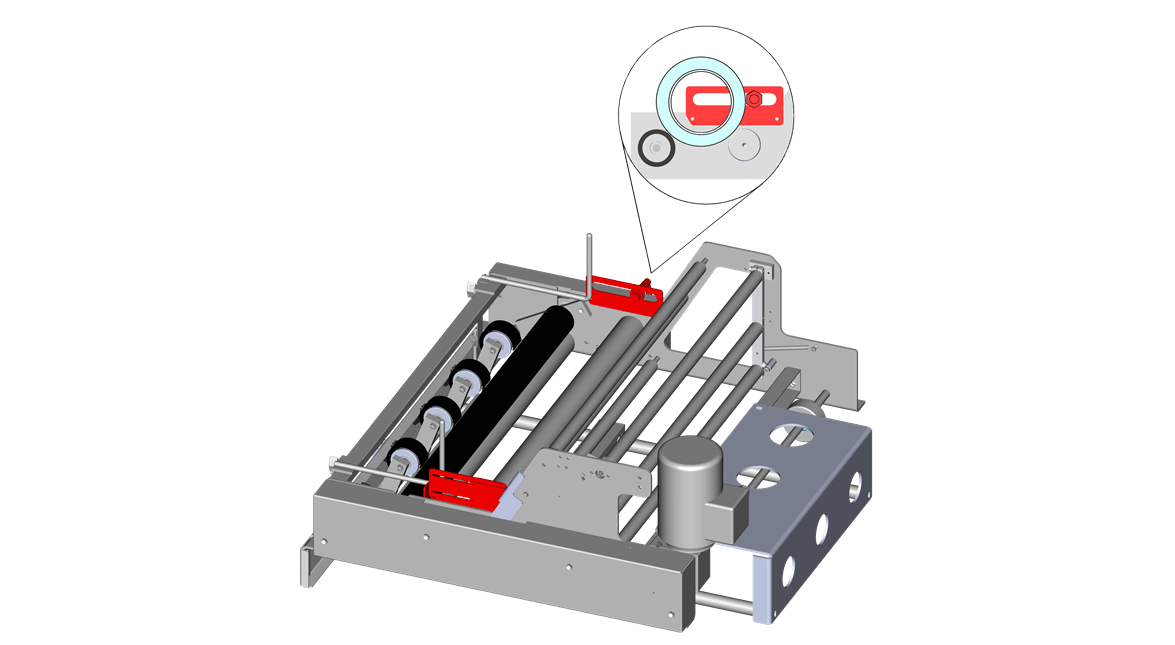 This optional kit, composed of a photocell + reflector, applied to the back of the “unwinder” unit, triggers an alarm on the Touch Screen and yellow light in the tower light, when the film reel is about to run out. This optional kit is very useful to optimise the time frames of a reel change, as the operator has enough time to fetch a new reel between the alarm on the Touch Screen and the film actually running out.